To resize or not to resize. That is the question.

When working with a Scrum team as an Agile Coach or Scrum Master, I inevitably run into the  question what to do with 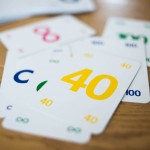 user stories that are ‘left over’ (not completed) when the sprint ends. Should they be re-estimated (also often referred to as resizing or re-Pokering)? And if you re-estimate them, what happens with the difference in story points between the original estimate and the new estimate?

Some people always re-estimate any user story (or other product backlog item), other people prefer not to. I think you should always re-estimate. The difference between the original estimate and the new estimate will not be added to the velocity of the first sprint, those points will ‘disappear’.

You just closed up sprint 10. One user story was not completely finished. The original amount of story points for this user story was 8 points. In order to plan sprint 11,  the leftover work is discussed within the team and the story is resized afterwards. The team now estimates that there is still 5 points of work left. If the story gets finished in sprint 11, the 5 points will contribute to the velocity of sprint 11. The ‘missing’ 3 points will not be added to veloctity of sprint 10.

Let me explain why

Of course you don’t have to agree with my reasoning. But if you ever find that your team has trouble because stories keep getting carried from sprint to sprint, give resizing stories a try. And let me know how it goes! 🙂