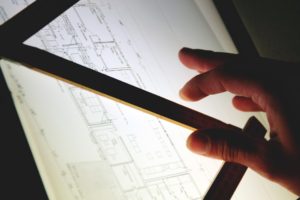 What is an Agile Architect?

The role of architects in an Agile organisation has been a topic of debate for a long time now. What is ‘Agile Architecture’? The Scrum Guide only provides information about the Scrum team itself. Different Agile Scaling mythologies offer different answers to this question (see here for example). Some companies have adopted the practices as defined within those scaling methodologies, whereas other companies have had the architects join Scrum teams or have eliminated the role completely.
At KPN we have taken a different approach. Within the new Technium department we have chosen for a model based on the ‘Spotify’ way of setting up squads (we call them teams though), chapters etc. If there are several teams that need to work on the same product backlog, we will use the LeSS framework for scaling. The most important element in this model (internally referred to as ‘Spotify-LeSS’) are self-organising teams, which are getting a lot of freedom as well as support to help the team members acquire more of a T-profile (being proficient at one specialism, e.g. front end development, while developing a second skill, such as back-end development).
Growing self-organising teams means you need to add skills and responsibilities to those teams, while removing any external dependancies. As self-organising teams are the building block of the organisation, every role outside of the teams exists to help them and make them better. That goes for architects as well.
We kickstarted the transformation of the architect chapter with a workshop last month, where we discussed their new role in the organisation: moving from designing, approving/rejecting and deciding to more of a leadership role. Architects in our ‘Spotify-LeSS’ organisation will have two ‘operating modes’: gardener or traveller. 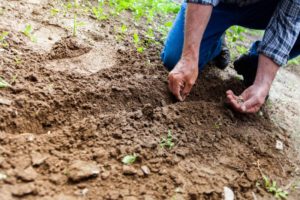 The gardener is a person with a bird’s eye view of the landscape: seeing everything that is going on, what the challenges are and what relevant developments are in the rest of the world. The gardener then tries to influence the teams to take certain initiatives (‘plants the right seeds’) or creates structures for teams to align on technical matters. Some examples of activities of the gardener:
1) Inspiring a Scrum team to try out a certain technology.
2) Trying to convince several Scrum teams to move to a common platform
3) Facilitating a recurring technical meeting between several teams for technical alignment.
It is important to note that whatever the gardener tries to achieve, the decision to take up a certain initiative remains with the Scrum team, as does the responsibility to make it successful. 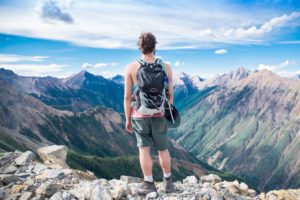 A traveller is an individual with unique knowledge and/or skills. When Scrum teams run into challenges that requires those skills/knowledge, the traveller inserts him or herself into the team with two goals:
1) Help the team get stuff done
2) Transfer those skills/that knowledge to the team.
When the traveller leaves the Scrum team (typically after a couple of sprints), the team should be able to pick these kind of tasks up without any help in the future. The traveller then moves to the next team that needs help.
With this model, we are aiming to strike the balance between utilising the skills and knowledge of this group of experienced people, while enabling the Scrum teams to work independantly and faster.

Questions or comments? Let me know!

Thanks for reading,
Jasper